Thank you for your lengthier reply. It demonstrates respect for the community.

What do you mean by “safety”? If you’ve thought it through and know what you mean by it, then you should explain it. These are the three possibilities that come to my mind which I’ve addressed.

Given Kotlin’s goals of being language for industry and having excellent interoperability with existing code, I’m concerned about the added friction of forcing developers to think about finality in places where they never have before. Frameworks that depend on proxies, class generation, etc will all be impacted. Why be so careful to be compatible with Java visibility, but not finality behavior?

In my experience, “Open by default” has a lot more benefits than risks than the alternative.

It’s one of these situations where the adage “Design for subclassing or prohibit it” sounds great on paper but is terrible in practice.

It’s one of these situations where the adage “Design for subclassing or prohibit it” sounds great on paper but is terrible in practice.

“Closed by default” smells a lot like the noble idea of checked exceptions to me; I hope it won’t turn out that bad.

I’m not sure why you’re saying that Kotlin is so careful about being compatible with Java visibility. Kotlin doesn’t support Java’s package local visibility, and it introduces internal visibility which is not supported by Java (and uses somewhat ugly workarounds to ensure that internal APIs declared in Kotlin can’t be called by arbitrary Java code).

Once again: I’m not defending the “closed by default” decision right now. By “safety”, I essentially mean "whatever arguments have been put forward by people who advocate for “Design for subclassing or prohibit it”.

My personal position is that the issue is less of a big deal than it is presented to be. In classic Java, creating a class with a bunch of methods is essentially the only way to structure your code, and creating a hierarchy of classes with overridden methods is essentially the only way to customize the behavior of a class. When I’m programming in Kotlin, I simply don’t find myself creating class hierarchies nearly as much as I was doing that in Java. Instead, I put the logic into top-level functions, and I customize behavior of pieces of code by passing around lambdas. If you structure the code in that way, the “open by default” question becomes moot - you can’t override top-level functions anyway, and you can pass your own lambdas to a library class without extending it.

As for frameworks that depend on proxies and code generation, my understanding is that they are usually only applied to specific classes in your codebase (e.g. entities), and you know in advance which classes those are going to be. One idea that we discussed to make it easier to use such frameworks with Kotlin is the “allopen” modifier, which would mark as open the class as well as all the methods inside it, so that you wouldn’t need to repeat “open” on every method.

I am strongly in favor of closed by default. If a class is open by default, then its type won’t present a compiler-enforced contract anymore. In Java, if you didn’t mark all your classes final explicitly, anyone can extend your types to behave incorrectly, so their contracts are only enforced by documentation, instead of being enforced by compiler. I think that completely compile-time validated contracts are much more important than the convenience of being able to extend anything.

+1 to Cedric’s argument in favor of open by default. I have been bitten many times trying to get some legacy third party library to work in a new environment, say as part of a system migration, only to find that they followed the best practice of making all the methods final, so we end up having to do something crazy like decompile the jar, modify the decompiled code and then repackage it instead of being able to just create a subclass that acts as an adapter.

Like a lot of Java’s safety mechanisms, final-by-default ends up being too aggressive sometimes and people find themselves working around it (like the decompile/recompile trick). Hot-patching libraries is a useful ability that people want for a reason. It is not the library developers job to save me from myself by throwing up some sort of pseudo-DRM around patching their code.

But people won’t stop doing this because it’s some consider it a best practice. So I wonder if this is better fixed at the JVM level rather than the language level. A java agent that takes a config file and simply modifies the class at load time to remove the finality would not be too hard to write, and then if you have a framework that you want to hack you can just start using the agent and avoid having to patch the code.

All this would require is an ability to forcibly disable the compiler error you get from attempting to override a final method, perhaps with an annotation.

The other downside is, it means an additional JVM argument. Those can be fiddly, especially to propagate from gradle -> IntelliJ. But once done, it’s done.

It’s worse than that. At least with checked exceptions there’s an easy workaround - you can just wrap it in a RuntimeException.

With closed-by-default, you’re stuck with some annoying options and nothing easy. Bytecode patching? Make an issue/submit a PR and wait potentially days/weeks/months for a release?

Can people give examples of subclasses breaking things? There’s quite a bit of talk about “Design for subclassing or prohibit it” but I can’t recall encountering issues due to this.

All those classes in package com.sun… (jdk) that are extended or used directly by java developers, could be an example of such issue.

From what I see, those that are in favor of “open by default”, they are thinking of workarounds for libraries or thirdparty classes. The question is: should we design a language (or tool) for workarounds or proper usage?
I, personally, think final or close by default is the better choice.

should we design a language (or tool) for workarounds or proper usage?

Closed by default in standalone project: No impact. If I want to extend a class and realise it’s not open, I assume it’s because the developer didn’t think and left it the default. I add the open keyword.

Open by default in standalone project: If I want to extend a class and realise it’s final, I assume there’s a good reason for it because someone chose to add the non-default final keyword and find out why. If there is no reason for it, I remove the final keyword.

All this achieves is changing the default to something which requires either very little effort to fix in a standalone project, or much annoyance in a library. I’m willing to bet that most developers won’t think about whether a class needs to be final when creating it, leaving most classes in Kotlin libraries final for no real reason.

Let’s build a tool called JarOpener that opens things up. Final classes are made non-final, private members are public. Even fields can me made public. YOLO.

Library designers can lock things down as they see fit for the long term evolution of their APIs.

App developers that demand arbitrary monkey patching aren’t harmed. When they get stuck on an API that’s too final or too private, they run JarOpener and ‘void the warranty’, opting out of easy upgrades going forward.

App developers explicitly choose to go off-road, and should notify library maintainers when they do so, so that hidden trail can be paved.

And library developers aren’t paralyzed trying to move a broad open API forward in a way that’s compatible for all possible monkey patches.

Interestingly, that’s kind of what Google did with Android testing recently: offer an android.jar where all the private and final have been removed, allowing for maximal testing power.

No matter which direction this goes, the discussion here gives me great optimism for a vibrant community going forward.

As for frameworks that depend on proxies and code generation, my understanding is that they are usually only applied to specific classes in your codebase (e.g. entities)

This is correct - some subset of your own application logic is subject to dynamic proxies. Unfortunately this set isn’t always as fixed as it might seem. I’ll give a couple examples from Spring. (For those that don’t like Spring: I beg of you to put your dislike aside for a moment and see the general applicability to any other framework that uses dynamic proxies for useful value-adding purposes)

In both cases, I am most allergic to the fact that I discover the finality problem at runtime. To me, the more a language can prove to me the correctness of my code before runtime, the closer it is to perfection. In Kotlin, for example, I don’t find myself writing as many defensive unit tests around null behavior because Kotlin’s null handling eliminates certain classes of problems in this space. By enforcing closed-by-default, Kotlin opens up a new class of problems that I need to add tests for, lest I be surprised at runtime.

I think this idea of monkey patching third party libraries is the basis of the theoretical argument for closed-by-default, but the one I see the least carried out in practice.

Some detailed story can be found in this post 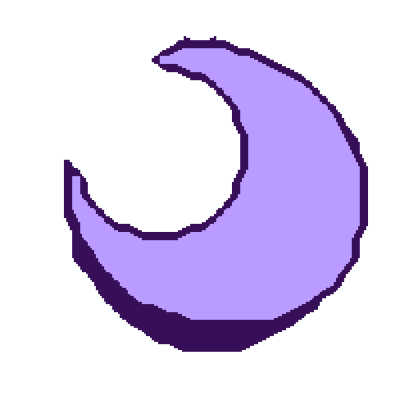 No matter which direction this goes, the discussion here gives me great optimism for a vibrant community going forward.

I’m also glad that the discussion was open by default.

My vote is on open by default. I like the power of a static language with the dynamism of runtime-woven AOP.

But if closed by default is the final choice, there are perhaps some areas for improvement.

One example: I applied an Aspect to a view controller to inject the current user. The class was open, but the endpoint method was closed. It should’ve failed notifying that the required method was not open. Instead it proceeded with an invalid CGLib proxy. Logged that here: https://youtrack.jetbrains.com/issue/KT-10759?replyTo=27-1281432

Uncle Bob argues here that it is time to ‘deprecate final’ : http://butunclebob.com/ArticleS.MichaelFeathers.ItsTimeToDeprecateFinal