I realize that I am in the minority, but I have long preferred the GNU formatting style for indentation, where the semicolons are aligned and indented, as in

Kotlin has a nice feature that allows trailing lambda parameters to be moved outside the parentheses, but the compiler will not recognize the trailing lambda if I try to follow this formatting style. So, for example, the following are valid

But when I try to omit the parentheses and format the trailing lambda using the GNU style, the compiler flags this as an error.

It seems to me that the compiler should be able to use an additional lookahead token to recognize that I have a lambda expression starting on the next line.

Similarly, there is another Kotlin feature that allows semicolons to be omitted. But if the text on a line constitutes a valid statement, then the compiler will treat it as such without looking at the next token to see if the statement is being continued. So, for example, when programming in Java I sometimes split long strings with a “+” on the next line, as in

But if I try to split the line similarly in Kotlin,

the compiler will again fail to lookahead to see the “+” on the next line and will flag this as an error.

I really like Kotlin, but it is the only language I use that forces me to adopt a formatting style different from my personal choice. I realize that nothing I have said will change anything with respect to Kotlin, but I just needed to rant.

I don’t like the formatting you prefer (for reasons there’s little point in discussing; no-one ever won an argument over personal taste

). But I do agree that the way the Kotlin compiler infers semicolons is too aggressive.

AIUI, it infers a semicolon at the end of every line that would be valid with one. This prevents the style you demonstrate, but it also prevents other things, such as wrapping lines before operators. For example:

iI find this sort of wrapping much easier to follow; the operators line up neatly, and the code structure is obvious at a glance. But that’s not valid Kotlin (unless you put parens around the whole expression), because Kotlin infers a semicolon after the first line, even though the remaining lines make no sense that way.

This is valid Kotlin — but it doesn’t mean what it looks like! Kotlin infers a semicolon after the first line, setting v to the first expression. Then it treats the following line as a lone numeric expression, with a unary plus prefix: it evaluates the expression, but discards the result. And it does the same with the third line (treating it as starting with a unary minus).

As far as I’m concerned, the Kotlin compiler should infer a semicolon only when it’s necessary to make the line valid, not just whenever it’s possible.

I think that would be a safe change to make: it wouldn’t change the meaning of any existing valid code. But it would allow the sort of formatting we prefer. And it would prevent some very nasty gotchas…

IMHO one’s personal style should always adapt to fit the standard. Style opinions are malleable and often harmful to hold rigidly between languages.
It looks unprofessional to put your style over your team’s.

This is a big change. I would expect plenty of DSLs will break and other breaking changes hard to find. It creates a new gotcha.

Without any change It’s easy to line up expressions

It looks unprofessional to put your style over your team’s.

Agreed. If there is a team or project style, then it should be followed. I never suggested otherwise.

This is a big change. I would expect plenty of DSLs will break and other breaking changes hard to find. It creates a new gotcha.

Can you give a concrete example of a DSL that will break with such a change?

Can you give a concrete example of a DSL that will break with such a change?

For example, imagine you created a builder of collection of some kind and you implemented unaryPlus operator to allow DSL like this:

As a matter of fact, kotlinx.html did something similar. In this case it is not clear if it should call unaryPlus() 3 times or only once with concatenated string.

But I agree this is a rather rare case and I can’t find anything else from the top of my head.

Definitely. Hopefully that didn’t come off with a negative tone either

The main part I’d consider a major change was the compiler including the next line greedy-style in all cases.
But thinking through a few of the use cases I’m realizing it might not be as much of a change as I thought.

My instinct is to say the compiler should always infer the end of the statement at the end of the line unless it wouldn’t be valid (which isn’t correct either). However that would fix the issue of putting the brackets on the next line in

I guess I expect there to be a bunch of corner case changes with things like invoking, infix functions, and more if there was a blanket rule for consuming the next line.

Thanks for the examples. As one who programs frequently in Java, Kotlin, C#, and occasionally in C++, I am troubled by the fact that

compiles but doesn’t do what I think it does, and the fact that

It’s just not what I am used to with programming languages using a C-like syntax. I guess the bottom line is that one must use Kotlin’s recommendations for formatting source code to be safe, especially when using trailing lambdas.

I really like Kotlin, but it is the only language I use that forces me to adopt a formatting style different from my personal choice. I realize that nothing I have said will change anything with respect to Kotlin, but I just needed to rant.

You luckily never used Pyton or Haskell, then

There’s a “gotcha” either way
A lot of these are cases where the code could do either what you expect or something else. These ‘gotchas’ mean that no matter what the behavior the ambiguity could cause confusion.

To avoid confusion we can:

#2 is interesting because it keeps consistency. For example, this style forces consumption of the lambda and throws an error if it’s too many args:

The downside with trying supporting consistency for both styles (what OP is asking for) that is that it sacrifices consistancy when combined with some language choices. Trailing lambdas and implicit semicolons are features that run counter to next-line styling.

I can see an argument for limited changes. I’m mostly speculating on there being more corner cases that would be annoying to solve. You’d probably still need a version bump in Kotlin to change the grammar right?

{ A bit of a word spill here. It’s related but enough of a side topic that I’m hoping to keep it from being a distraction

What about this then:

Here, the compiler doesn’t infer a semicolon after the line val x = "123", even though that line can stand on its own, making x a String. But in fact the compiler looks ahead to the next line and makes x an Int.

Here’s a link to the Kotlin Grammer

Examples like this don’t conflict with the Kotlin Grammar, it does show that it isn’t as simple as “check if the line is valid”. IMHO those ideas were brought up more for coder expectations (and intuition) for how the line would be parsed, and if (or if not) the parsing is different from that expectation often.

You luckily never used Pyton or Haskell, then

Actually I have used Python and Haskell briefly in the past, but I don’t use them on a regular basis. I strongly prefer Java, Kotlin, and C#.

Here is my summary of this discussion: Kotlin “sometimes” looks at the next line to decide whether or not it is a continuation of the current statement/expression. Personally, I would prefer the consistency of semicolons to mark the end of a statement/expression. Then there would be no special cases to remember.

Personally, I would prefer the consistency of semicolons to mark the end of a statement/expression.

The Kotlin desigers assume “Java-style braces” quite explicitly in the docs: 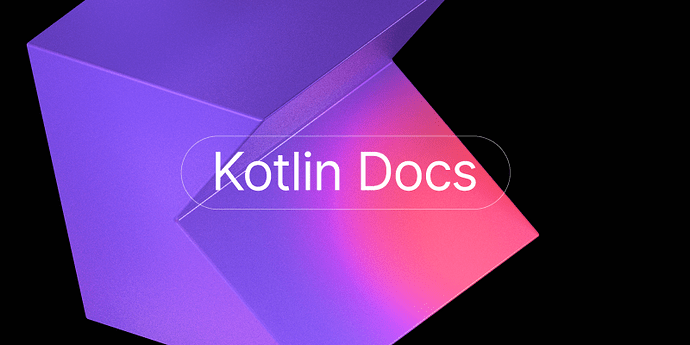